A look into key studies examining the antioxidant, photoprotective and ani-photoageing properties of rice bran extract.

Numerous human and animal studies examined its antioxidant, photoprotective and ani-photoageing properties, giving us a look into the method of action of its specific components.

16 week long study on oral Rice Bran Supplementation in mice showed “RBS consumption suppressed UVB-induced wrinkle formation and inhibited the loss of water content and epidermal thickening in the mouse skin.” The researchers found that supplementation inhibited UV induced epidermal thickening of the skin (a core marker of inflammation and the progression of photo-aging).

According to the Patent number US3988436A from 1974, rice bran oil “is absorbing a very high percentage of UV light in the burning region” (between 295-315 wavelengths) is non-irritating, has an excellent stability and upon exposure to sunlight retains its effectiveness for several hours. This is confirmed by in vivo and in vitro studies in animal and human cell studies.

A study on rice bran oil encapsulated into hydrogel prevented ear edema induced by UVB irradiation by 60 ± 9%, when compared to control using MCT oil. Additionally biomarkers of oxidative stress and pro-inflammatory and carcinogenesis response were reduced by 81% and 87%, comparing to control.

A 2000 in vivo study on human volunteers using topical application of caffeic and ferulic acids in aqueous solution was shown a significant protection against UVB-induced skin erythema, showing to be a good protective agents against UV radiation-induced skin damage.

A study on Rice Bran bioactive compounds (gamma-oryzanol, ferulic acid and phytic acid) entrapped in noisome, in 30 human volunteers, found improved skin properties including hydration, pigmentation, thickness and roughness, and skin elasticity, after 28 days of use.

It helps alleviate the symptoms of dryness in atopic dermatitis and dry skin conditions by regulating the function of sebaceous glands.

A study on topical application of gamma-oryzanol ointment 3 times daily for 12 weeks alleviated the symptoms of dryness in atopic dermatitis and dry skin.

Another study on oral administration of Fermentad Rice Bran Extract (FRBE) and some medicinal plants administered orally to mice with Atopic Dermatitis, FRBE significantly improved the appearance of skin lesions and skin thickness compared to that of atopic dermatitis-affected skin.

Ibata et al. examined the effect of gamma-oryzanol on tyrosinase, an enzyme involved in the synthesis of melanine. The result showed that gamma-oryzanol inhibited tyrosinase activity thus inhibiting the production of melanine and the darkening of skin. This effect was compared to that of L-ascorbic acid.

Another clinical study showed that intradermal administration of g-oryzanol 10 mg improved the condition of liver spots.

Ibata et al. examined the effect of gamma-oryzanol on tyrosinase, an enzyme involved in the synthesis of melanine. The result showed that gamma-oryzanol inhibited tyrosinase activity thus inhibiting the production of melanine and the darkening of skin. This effect was compared to that of L-ascorbic acid.

Another clinical study showed that intradermal administration of g-oryzanol 10 mg improved the condition of liver spots.

Protect the skin and body from oxidative damage by strong antioxidant activity via gamma-oryzanol and vitamin E complex.

Gamma-Oryzanol is the most potent natural antioxidant in rice, a multi-compound nutrient made up of a mixture of ferulic acid esters and phytosterols. It has been demonstrated that γ-oryzanol exerts its antioxidant activity at least through three mechanisms: by acting as a free radical scavenger, by boosting our internal antioxidant enzyme activities, and by modulating pathways (Nrf2) involved in gene expressions.

γ-oryzanol was found to possess SOD-like activity in inhibiting superoxide radical. In in vitro cells, pretreated with the main compounds of γ-oryzanol prevented H2O2-induced ROS production via scavenging free radicals. Another study demonstrated how oryzanol prevented the induction of free radicals by increasing the activity of antioxidant enzymes such as SODs, tocopherols and and tocotrienols.

As an oil soluble nutrient, Gamma Oryzanol is easily absorbed into the skin where it has an inhibitory effect on tyrosinase activity, an enzyme involved in melanin production. A clinical study showed that intradermal administration of γ-Oryzanol 10 mg improved the condition of liver spots. It has thus a dual way of preventing hyperpigmentation: one by the sunscreening activity and two by inhibiting melanin production.

Protects the integrity of the skin cells by preventing oxidative degeneration of lipid membranes.

One in vitro study found that γ-oryzanol was more than four times as effective at stopping tissue oxidation as Vitamin E.

According to a recent study where the lipid peroxidation of linoleic acid was measured after exposure to UV light with and without 1% gamma oryzanol, peroxidation was suppressed indicating that topical gamma oryzanol has the ability to prevent some of the damage to skin caused by sunlight.

This and other studies suggest that gamma oryzanol helps to maintain skin function by improving microcirculation, protection against lipid peroxidation and direct stimulation of sebaceous gland function. With continuous use, it prevents some aspects of skin aging for long periods of time. 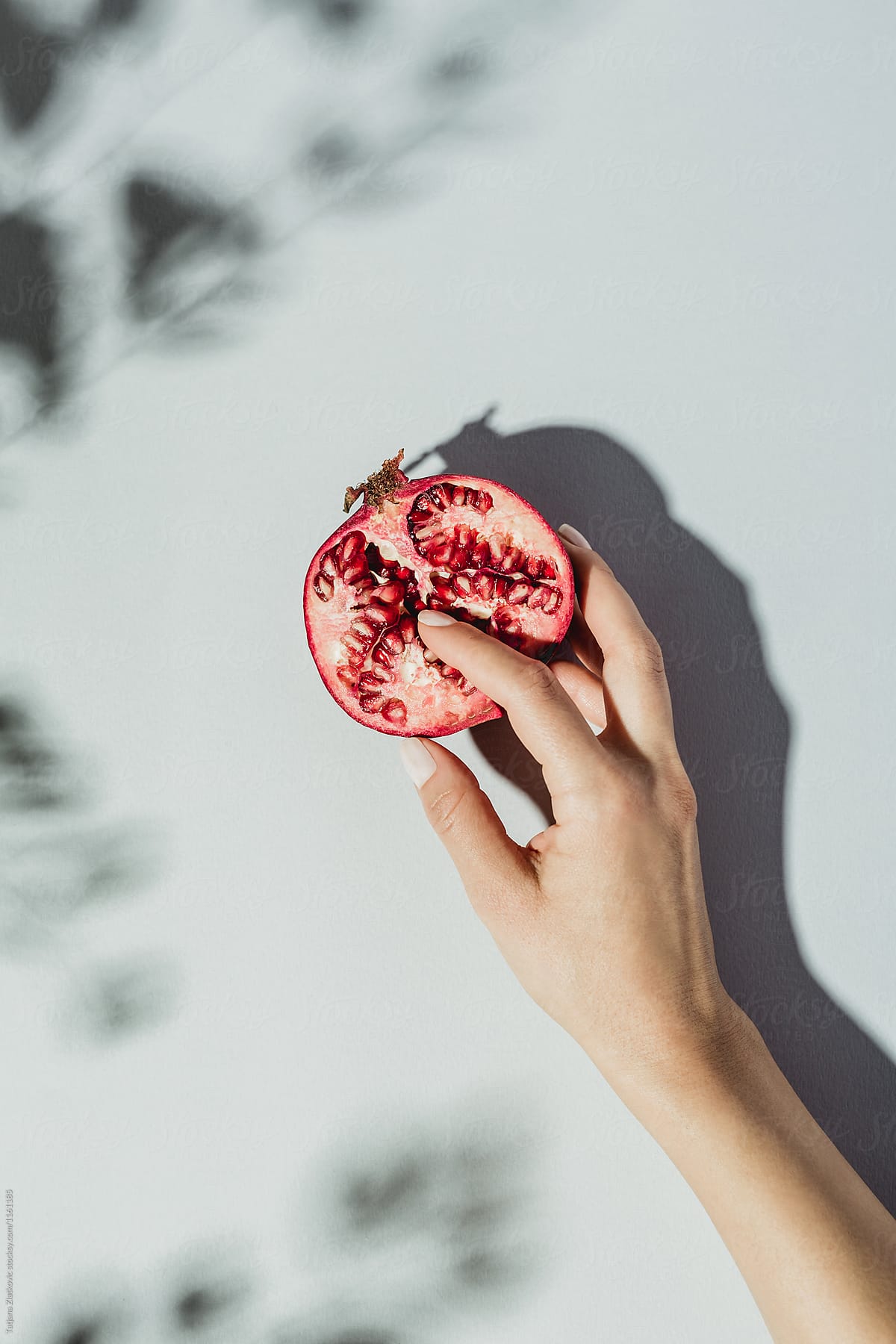 Composed of up to 85% of Punicic Acid (Omega 5), pomegranate seed oil is the richest natural source of this remarkable oil.

The unusual 18 carbon structure with three conjugated double bonds makes it highly absorbable by the skin, where it acts as a delivery system and helps channel nutrients to the cell, facilitating the process of cellular regeneration and healing.